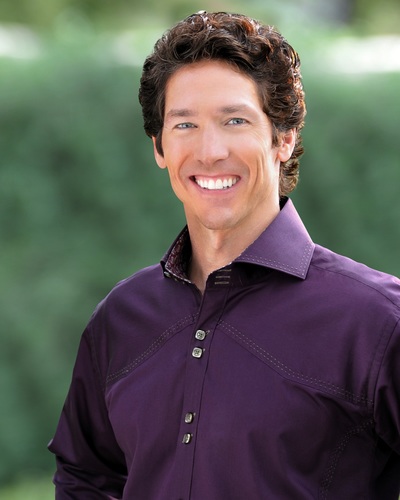 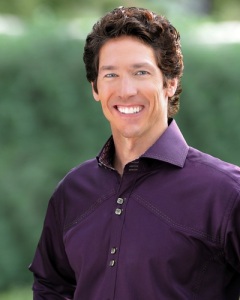 A wise man once said that he could learn from anyone… did you catch that?  He was wise… because he didn’t let anyone stand in his way of growth.  Not their successes or their failures. Not their preferences, their convictions, their methods, their mannerisms, their eccentricities.  We would be wise to learn from this as well… everyone can teach you something!  Some might teach you WHAT to do, HOW to live, WHY, WHEN – but others might teach you why, how, and what NOT to do!

Here are three lessons that I learned from the pastor of the world’s largest church:

Osteen is known for his trademark smile (it’s almost creepy how much he grins, isn’t it!?).  But the fact is – warm joy takes truth further into the soul than the cold call of duty.  Happy creatures are magnetic while negative ones polarize.  The good news is truly that — good news!  How tragic when the good news is delivered with a frown or a tone of judgment.  I realize that the gospel incorporates ‘negative’ elements of sin and God’s wrath, of blood and death… but it’s overarching message is one of hope and grace.  Share His love with a smile.

Warm joy takes truth further into the soul than the cold call of duty.

I learned that hope is a powerful thing

In his book, Osteen challenges the reader to believe in himself because of the ‘Champion’ within.  He convinces his audience that he believes in them, that they need to believe that things will not always be the same as they are right now, that they don’t have to live under the circumstances, and that they should take action to change their lives right now.  This is powerful because it offers people hope and a promise.  Personally, I believe that the source of hope needs to be more than just believing in yourself; it should be sourced in the great truth that God believes in you (although Osteen might see this as semantics / splitting hairs).  How might God use you to give hope to someone who is struggling today?  Believe in them because God does!

I learned that God can use anyone

Although Osteen was a PK (preacher’s kid), he has readily admitted that he didn’t see himself in the pulpit.  He avoided the spotlight and felt much more comfortable behind the camera than in front of it.  But, in spite of my many critiques of his methods and quirkiness, I believe that God is bigger than my level of tolerance or acceptance of his ministry.  I should admit that God IS using him to share the gospel and bring glory to His name.  God’s grace is bigger than anyone can imagine.  Don’t get me wrong… I’ll not soon throw the baby out with the bathwater. I would never deny hell or the sinfulness of sin on national TV (like he did on Larry King Live) – but then I’ll not answer to God for what Joel Osteen has done, will I?  I’ll try to keep my eyes on my own life and keep myself in check.  Aren’t you glad God uses us all in different people in different ways?  To think… Wow, God can even use me (and you)!

11 thoughts on “3 Things I Learned from Joel Osteen”