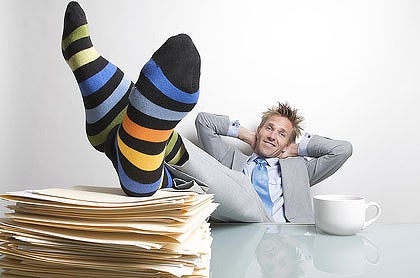 For the past two weeks (18 days to be exact) I took a small break from the social media world. There would be no Facebook – no Twitter – NOTHING! My mindset heading into this “fast” was originally to read the Bible, in its entirety, within that small window of time. Within my life there had been some occurrences and “issues” that had popped up. In all honesty, some of them made me question God on a number of different things. For the record, that is not a sign of faithlessness or doubt!

WAY TOO MANY PEOPLE only have cliché “religious answers” for genuine questions that a majority of people struggle with.

It doesn’t take long to figure out that many of the common responses you have been fed over the years really are quite unbiblical — Not to mention really stupid when you think through some of them! Remember, the book of Acts praises the Bereans because they, “… searched the scriptures daily, whether those things were so. (Acts 17:11)“

While I did find some answers and clarification to a number of the issues I was searching for, it seemed as if I was hit with the strong reality (and of course a wise old man had mentioned it to me earlier but I shrugged it off) that my life was propped up with something I will call, “Comfortable Normalcy”. When life is up, LIFE IS UP!

What if you started peeling away all the “normals” of your every day life … What would be at the center?

As carnal as it sounds here are just a couple of the things that I LOVED that were taken away from me in the past few weeks (Ok.. I don’t “love” them, but they played a big part of my normalcy). My beloved Nashville Predators are in what seems to be a never-ending lockout — Man, that is where I could LET LOOSE throughout the week and weekends when I was stressed from the job! My favorite TV show has been suspended indefinitely — That was something that both my wife and I were looking forward to (yeah, I know… I’m really lame). Money is tight, it’s election season, summer is gone, leaves are dying, AND with all that going on I decided to walk away from my last string of normalcy: The Social Media Outlet!

There I sat, nothing normal around me. As I cracked open my Bible and started in Genesis 1:1, I was punched in the face after the first 4 words, “IN THE BEGINNING GOD…” Wow. How sobering and silly to miss that point. There was so many things in my life that made up my “normal” but I wasn’t including God Himself! What a shame … I am a pastor in a good church, and I had missed the fundamental point of my entire life. If many were to be honest, and they began peeling back “normalcies”, a whole lot of people would be shocked to learn that they had not included the Lord in their “Comfortable Normalcy”. Is it because I was an unbeliever and apostate (some may think so)? Not at all … it was because the other “normals” had put on such a good show and I WILLINGLY handed them my affection. Competing affections for a Christian are dangerous — God is not going to do a dance or woo you to try to get your affection. What He will do, sometimes painfully, will remove those affections that stole our heart away from Him. Once you have been stripped down to nothing but, “In the beginning God…”, His presence become extremely convicting.

Where is God in your life? Are you relying on jobs, houses, statuses, friends? Do you have too many “normals” that are clouding your relationship with God? Don’t get too comfortable, go find your Creator!

One thought on “The Danger in Comfortable Normalcy”