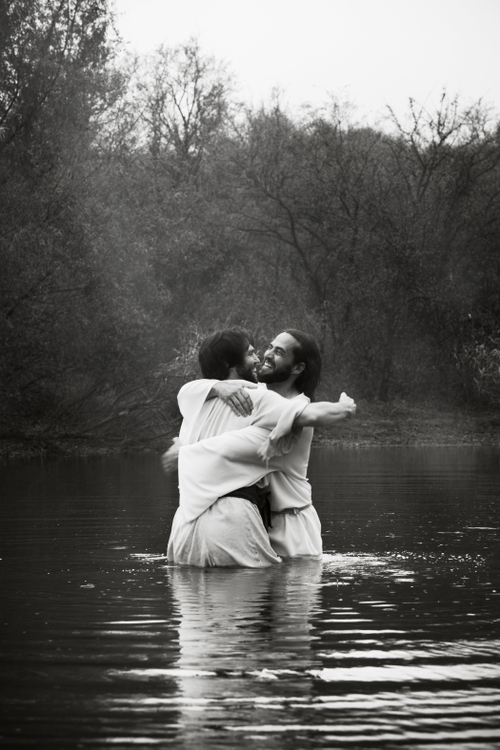 1.12-13 The Testing of Christ
..driveth: to cast out (from within) – the first directive of the Spirit to do spiritual battle
..forty days: a period of proving, testing, or judgment
..tempted: humanity of Christ enduring the three Satanic strategies (1Jn2.16,Matt4)
..ministered: to relieve a burden, to attend to – same word for ‘deacon’ (Matt18.10; Heb1.14)

1.16-20 The Calling of Christ
..Sea of Galilee: this tiny lake (Tiberius) is a ‘sea of significance’ in the Scripture
.. saw: this isn’t their first meeting – these men had already been converted (Jn1.40-42)
..Simon: it’s no surprise that Mark’s ‘hero’ is first-mentioned (‘He saw Peter’ (the Rock))
..fishers: not rich, not influential, not educated (average or just-below – Acts4.13)
..Come: Christ always gently invites followers (Come & see, come & follow, come & die)
..fishers of men: an unmistakable task – an apprentice to learn how to make disciples
..straightway: their surrender was instant, prompt, immediate, without delay (v20)
..forsook / followed: true commitment requires both (leaving & cleaving – Gen2.24)
.. James & John: the sons of Zebedee (sons of thunder)
*Peter was casting his net … ended up being the apostle of evangelism
*John was mending his net … ended up being the apostle of love & relationships
..servants: Zebedee & Salome, it seems, were more likely middle- or upper-class
..left / went after: pursuing Christ cost them their time w/ family and their income…